Like Harley Davidson, Google, Microsoft, and Apple, Laritech was started by enthusiastic engineers working in a garage. When Joel Butler, now Vice President of Manufacturing and Bill Larrick, now CEO, worked together in that garage more than two decades ago, they operated a table-top pick- and-place machine and hand-soldered boards. Quickly then moved to a 1,200 square foot unit, doubled their staff (yes, that makes four), and invested in a real pick-and-place system. The next move was into a three-building campus encompassing over 25,000 square feet. Today, in their current location they have close to 80,000 square feet with the possibility for further growth. Since its start, they have grown continuously thanks to their can-do engineering-focused approach, backed by expectational quality and performance.

As Joel Butler says, “we have a minimum order quantity of one. If you want one of something, we will build it for you” adding, “we excel at getting products to market – fast.”

Laritech builds an enormous range of products, including medical devices. Their AS9100, ISO9001, MFI, and ITAR certifications are a testament to their ability to build to the highest quality standards. As a direct result, they have earned a lot of aerospace and military work. Yet, the Laritech skills are as broad as they are deep. They have even built consumer electronics like guitar pedals.

In recent years, Laritech has seen a rise in technical challenges as the size of the apertures they have to print continues to shrink every day. This has led them to upgrade some of their equipment. Laritech first met Koh Young when they identified the need for a world-class solder paste inspection (SPI) system.

“Everybody knows solder paste printing is the core of quality. If you don’t get that right, nothing else matters. When we got our first Koh Young SPI, we had a large board with around 4,000 parts and 50 different BGAs. We saw our yields increase overnight.” Joel Butler, Vice President of Manufacturing, Laritech

Koh Young initially shipped an evaluation SPI to the facility for a 90-day trail. At the end of the 90 days, Joel would not let the machine leave, saying “I can’t live without it anymore”. Laritech evaluated several different SPI vendors and determined Koh Young was – by far – the best solution. Unusually, Joel chose to test the SPIs by running a bare board (without solder paste) through the various SPI systems. Some of the machines passed 50 percent of the board even when there was no paste on it whatsoever! Koh Young rejected 100 percent of the boards.

After a successful installation with immediate results, it made sense to add SPI to the second line. Laritech was identifying 20 percent of the errors before the SPI, but after the SPI installation this immediately rose to over 80 percent, an instant four-fold improvement.

Next up for Laritech was to evaluate AOI vendors. By now, they were more than familiar with Koh Young and the decision was much easier to make. Joel felt the software platform was simpler to use and more intuitive – of course his team already knew how to use it, so it minimized training. But it was much more than a familiar brand, the Koh Young AOI outperformed every competitor Laritech evaluated.

“Now we’re seeing differences in coplanarity, we’ve implemented FOD (Foreign Object Debris) checks, so if there were parts thrown about where they weren’t supposed to be, we were able to find them, and we can locate a bad feeder or anything that is happening down the line,” says Matt Matthew Banks, Laritech’s SMT Manager, adding “before we got a lot of escapes and false calls – a ton of false calls – and that went away with the Koh Young AOI. Once you set it up the way you want, it runs like a dream. With SPI at the beginning of the line and the AOI at the end, we have a closed loop system.”

Joel and his team use KSMART to get all the data they need without disrupting the machine or production. Matthew explains that using the Koh Young SPI, AOI, and KSMART has not just made Laritech’s line smarter, he believes it has made their operators smarter. He adds “With the naked eye, you’re not able to know how much solder paste you have: is it enough or too little, is it going to bridge, or any other facets of the process. We couldn’t live without our Koh Young systems now.”

Joel was please to say that “the installation was a day, training was a couple of days, it was very simple. The service and support have been great. If we ever run into an issue, we pick up the phone and there’s always somebody on the other end. When we need software support, they will remotely login to our machine after hours, so as not to disturb our production flow.” Joel added that “Koh Young updates the software before I know it needs to be updated and they’re really open to suggestions. I’ll say ‘oh, it’d be nice if the machine would do this’ and in the next software update, there it is.”

Joel describes Koh Young’s machines as rock solid. And Matthew adds that when shutting everything down at night and then coming in the next morning and turning everything back on, he knows that everything is going to be in place, and everything is just ready to go.

As Joel summarized “We definitely feel like Koh Young is a partner, not just a vendor.”

Laritech lives and works in one of the most competitive regions in one of the most competitive industries. Their continued growth and success are proof to their can-do approach and their almost fanatical dedication to quality. Koh Young is honored to be part of the focus on quality by providing the technology and support to help Laritech achieve their goals and continue the journey from garage to greatness.

Brent Fischthal, Sr. Manager, Americas Marketing and Regional Sales at Koh Young added, “we really enjoy working with companies like Laritech and with people like Joel and Matt who have an enthusiasm for what they do and the way they serve their customer. It really is an honor to be involved in their success story and we thank them for taking the time to talk to us about it.” You can see the video version of this case study at https://youtu.be/1BFmyfKKnrU.

Laritech has Koh Young 8030-2 SPIs and Zenith LiTE AOIs connected with the KSMART smart factory solution software. You can learn more about these products and the rest of the Koh Young portfolio at kohyoung.com. For more about Laritech and its quick-turn PCBA capabilities at laritech.com.

Koh Young, the leading 3D measurement-based inspection solution provider, performs an essential role for quality control and process optimization across a growing set of industries including circuit board assembly, machining and assembly process manufacturing, semiconductor manufacturing, and medical. In addition to its corporate headquarters in Seoul, Koh Young has sales and support offices in Germany, Japan, Singapore, Penang, China, Brazil, Argentina, Canada, Mexico, and the United States. These local facilities ensure it keeps a close relationship with its growing customer base and provides them with access to a global network of inspection and measurement experts.

For More about Koh Young

Laritech was founded in Bill Larrick’s garage in the late 90s as a prototype PCBA manufacturer. These assemblies supported his ambition of launching new products using his proprietary embedded firmware. By 2001, the notion of having its own manufacturing facility took off. He incorporated and moved to Moorpark. After the move, Laritech started offering the same exceptional product launch support to its customers. This service became so successful that Laritech added another building in 2010 for full ISO/ITAR production, including mechanical and packaging. Explosive growth followed and Laritech was named to the INC 5000 Fastest Growing Companies 7 times. Today, Laritech operates in a 77,000 square foot facility with room to grow and employs close to 120 hardworking Americans. It has launched over 400 new products in almost every conceivable market. With a dedicated design teams and a production facility, customers can be assured its product will receive the correct attention no matter what phase it is in. Laritech can deliver from concept to production without the customer asking “Where do I go now?”. 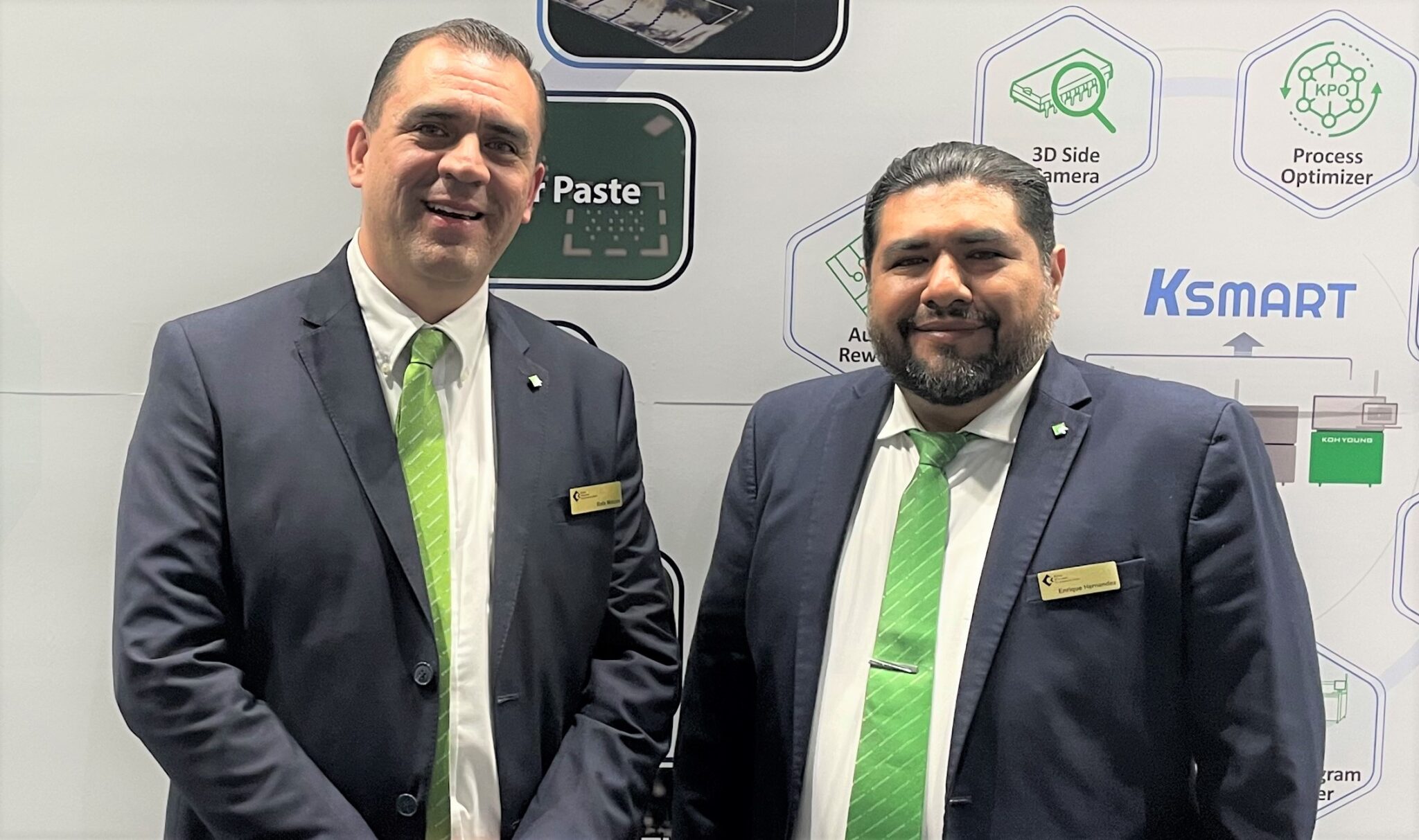 Koh Young America Focuses on Internal Mobility and Promotes from Within 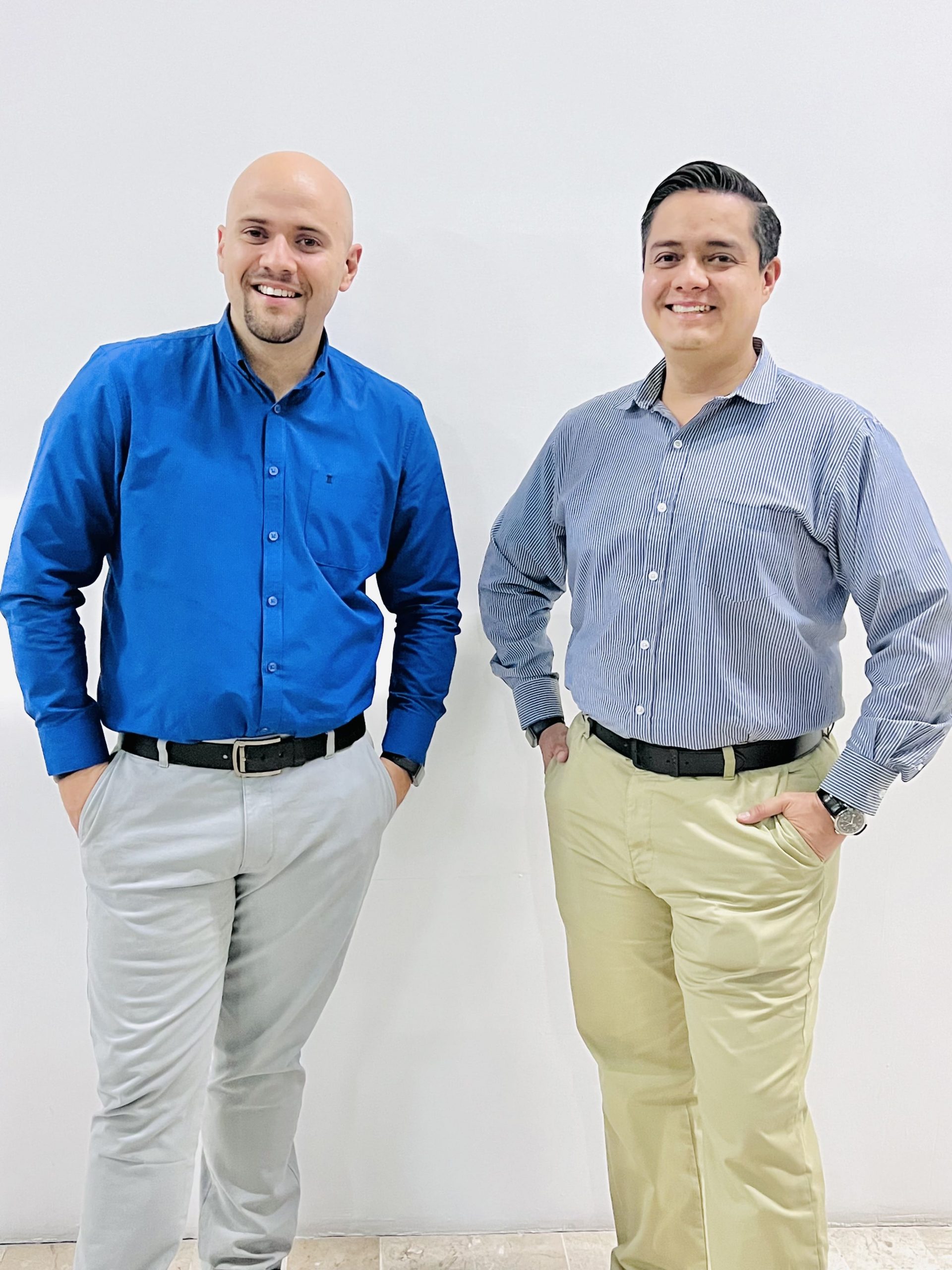 Koh Young America Strengthens its Organization from Within…